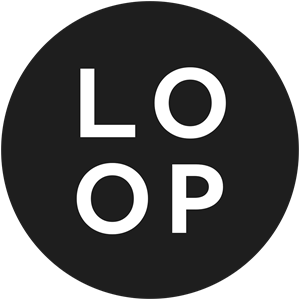 Today, the IAB Tech Lab, the global digital advertising technical standards body, announced that a respected industry veteran Anthony Katsur will join as general manager. Katsur will assume the role of August 2, 2021. Katsur succeeds Denis Buchheim, who led the organization from 2017 to May 2021.

“Anthony is joining IAB Tech Lab at an incredibly important time, and I can’t imagine a stronger CEO to lead IAB Tech Lab into the future,” said David Cohen, CEO, IAB. “He has made outstanding contributions over the past few years as a contributor to the IAB and the IAB Tech Lab focused on excellence in video and mobile. He brings exactly the right expertise to lead the industry in developing the specifications and standards required to keep the Internet vibrant and open.

Prior to joining the IAB Tech Lab as CEO, Katsur was Senior Vice President, Digital Strategy, Business Development and Operations at Nexstar, Inc, the largest local television and media company in the United States. His leadership has helped their digital platforms achieve record growth and audience engagement in 2020, ranking # 1 in local news for every month of the year.

“The industry is experiencing simultaneous watershed moments in the areas of OTT and Advanced TV, fraud, consumer identity and privacy. Tech Lab is at the forefront of all of these issues, ”Katsur said. “We will accelerate the development of the technological frameworks that industry needs to support a free and open Internet around the world. While our mission of securing useful standards remains vital, we fully expect to provide code on which the ecosystem can innovate. “

“Having worked with Anthony on many technical projects and industrial issues, I have no doubts that he will lead the IAB Tech Lab in the future. His deep curiosity and his knack for focusing on the right questions are fantastic assets,” said declared Neal richter, Scientific Director, Amazon Advertising and Chairman of the Board of Directors of the IAB Tech Lab. “We’re all excited about the energy he will bring to the job, and I have no doubts that he will be exactly the kind of leader we need now.

Prior to Nexstar, Katsur was President of Sonobi, where he implemented strategy, recruited and led highly effective teams, and executed business with major agencies, brands and media companies. He has also held global technology and sales leadership roles at Rubicon Project, MediaMath and Maxifier, where he served as CEO. Earlier in his career, he joined DoubleClick through the acquisition of NetGravity and quickly rose through the ranks to lead several product, operations and engineering divisions.

Katsur added, “I see this role as an opportunity to give back to an industry that has given me so much. I look forward to working with the Tech Lab Board of Directors, member companies and the entire industry across the globe to move the industry forward and make the most of the rebound we all hope to come. . “